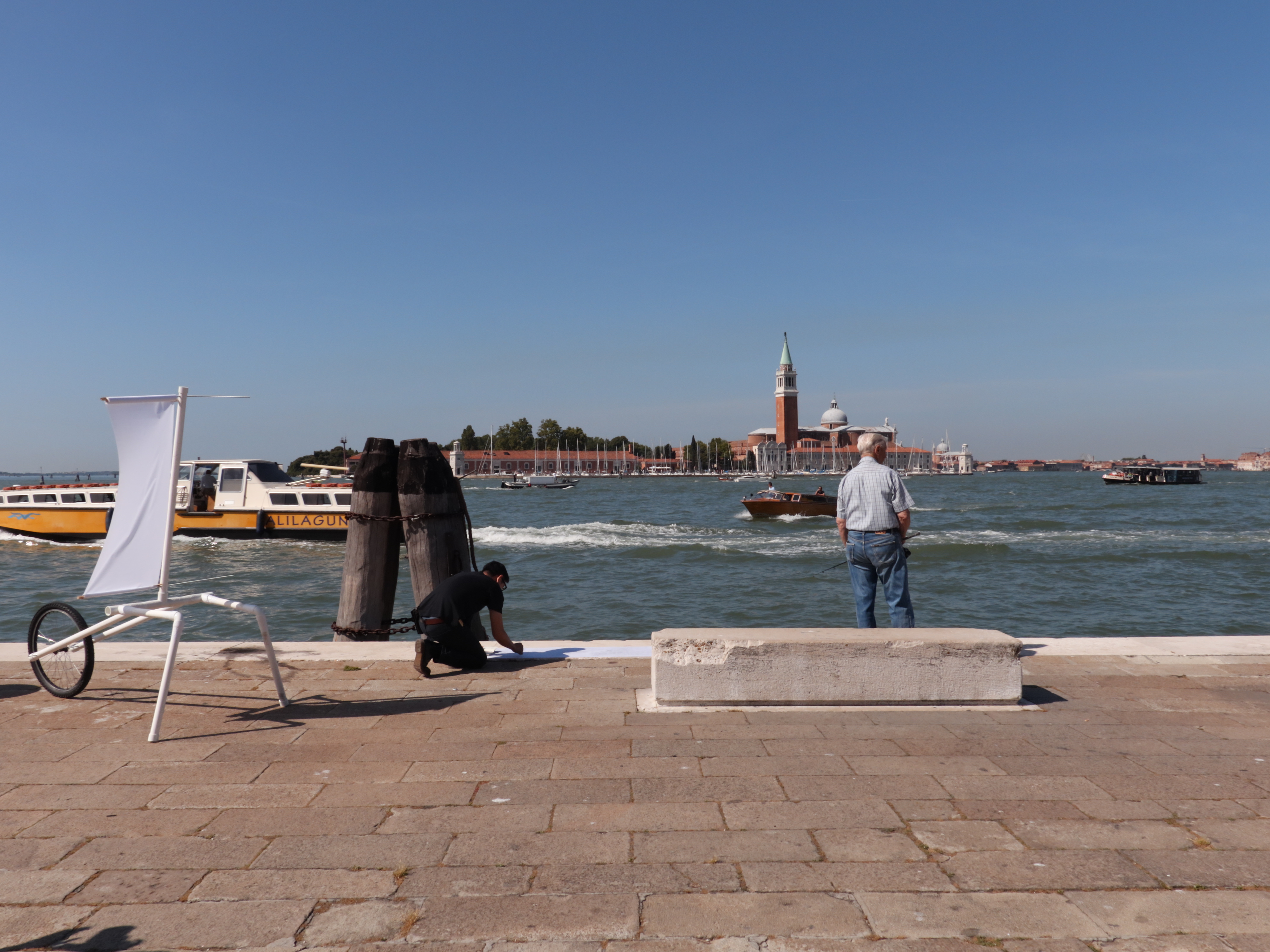 Referencing Widjaja’s diasporic experience, Path. 8, Invisible Cities 。云海游 is a contemplation—through movement and mark-making—of imaginary homelands and their interiorities. The first part of the title is drawn from Italo Calvino’s book of the same name, where Venetian Marco Polo told to Kublai Khan tales of fantastical cities. The Chinese characters 云海游 may be understood in multiple meanings, including: “cloud sea flowing” and “to speak of maritime travels”.

Widjaja walked through Venetian streets pushing a sail carriage*. The impulse for the sail carriage came from migratory movement of the diasporic Chinese through South China Sea, and foreign land. The sail carriage referenced sail carriages that were first seen by 16th century European travelers to China in the Ming Dynasty, the same period as Zheng He’s naval expeditions to Southeast Asia and other parts of the world. As he explored Venice, Boedi documented textures of the city onto the sail fabric—collecting frottage specimens of spaces that bordered between water and land—wells, edges of canals and the promenade—to underscore the conjoined spectral and visceral imaginations to a place, of perceiving the environment through the conflated subjectivities of personal, cultural, historical and political time-spaces.

*By performing Path. in Venice, Widjaja contemplates his ethnicity— his visible Chinese-ness foregrounding his other identities (nationality, cultural background, personal experience). Making frottages onto the sails was a reference to the wave of Chinese migrants into Italy in the past decade. Many came to work in textile and fashion factories and Prato, Tuscany, Italy’s textile stronghold since the 12th century, now has the highest concentration of Chinese community in Europe. 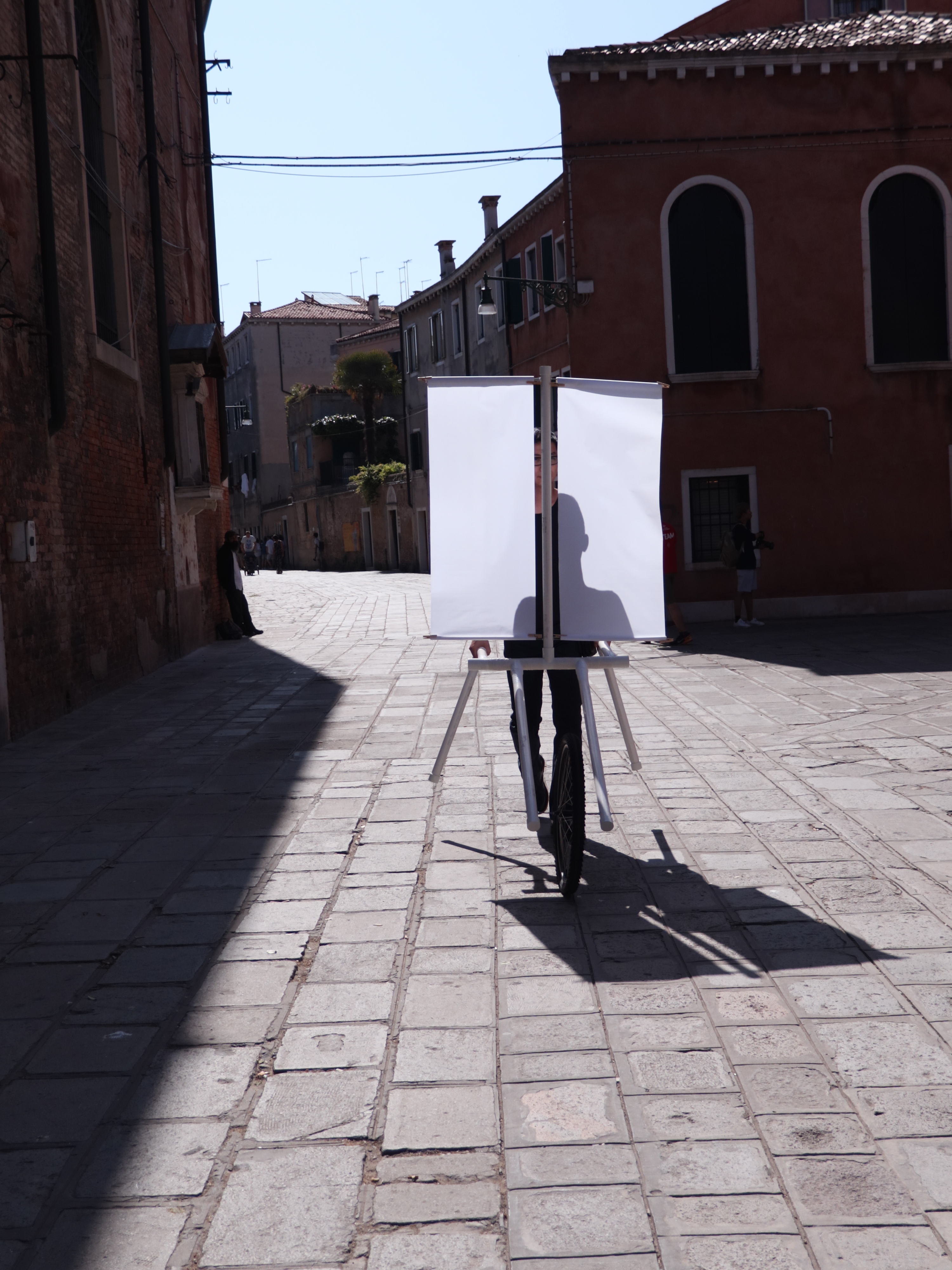 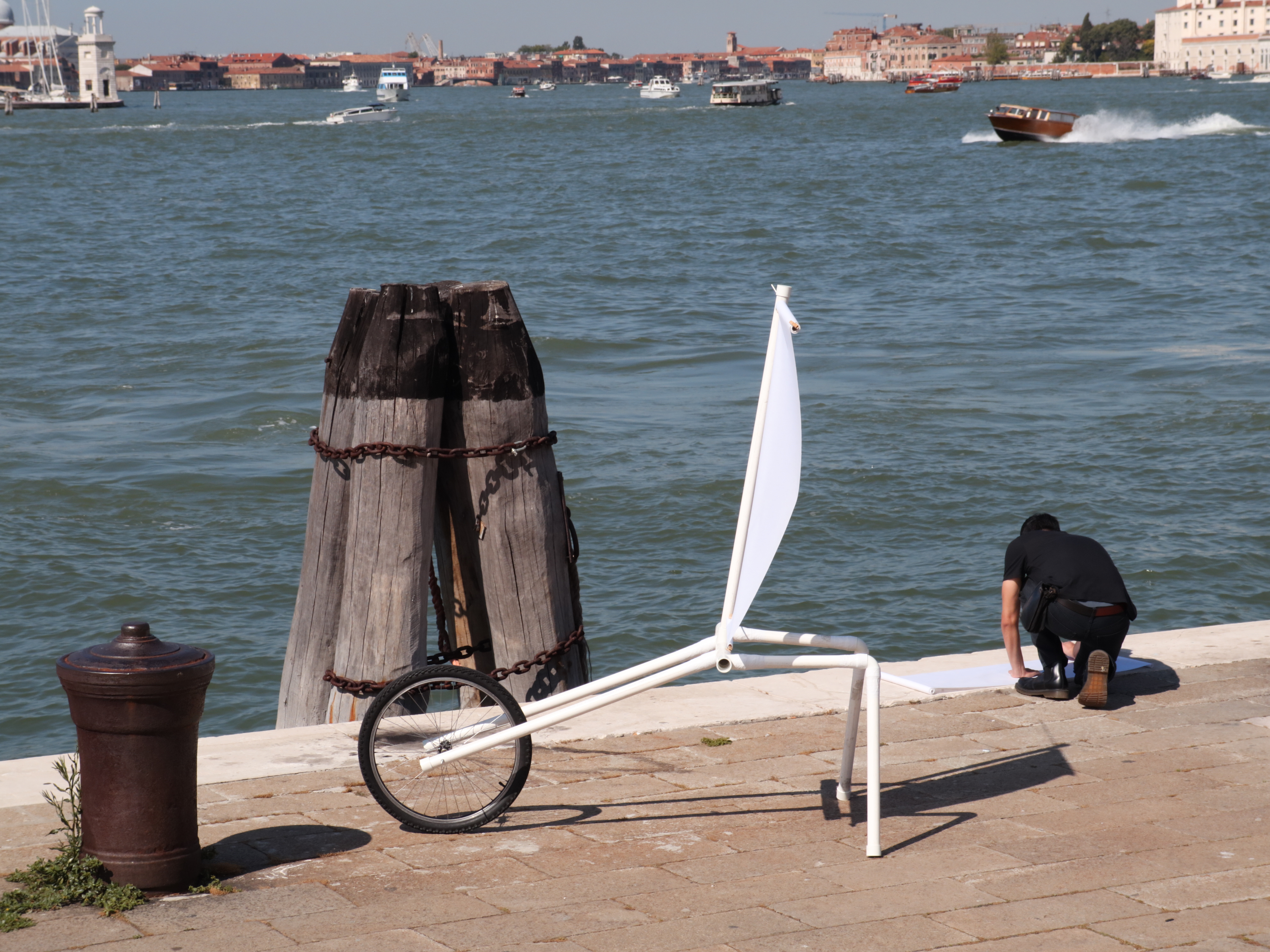 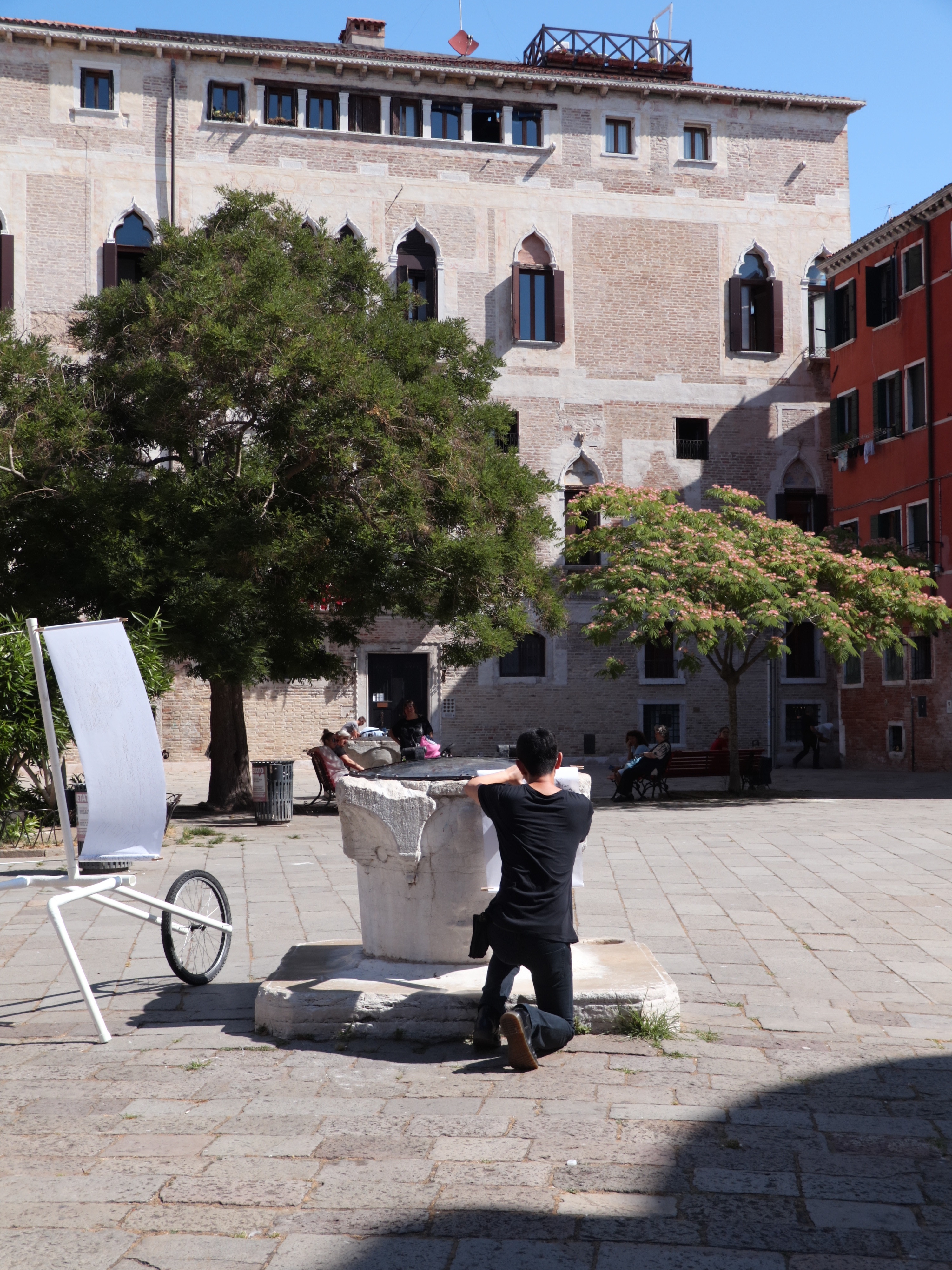 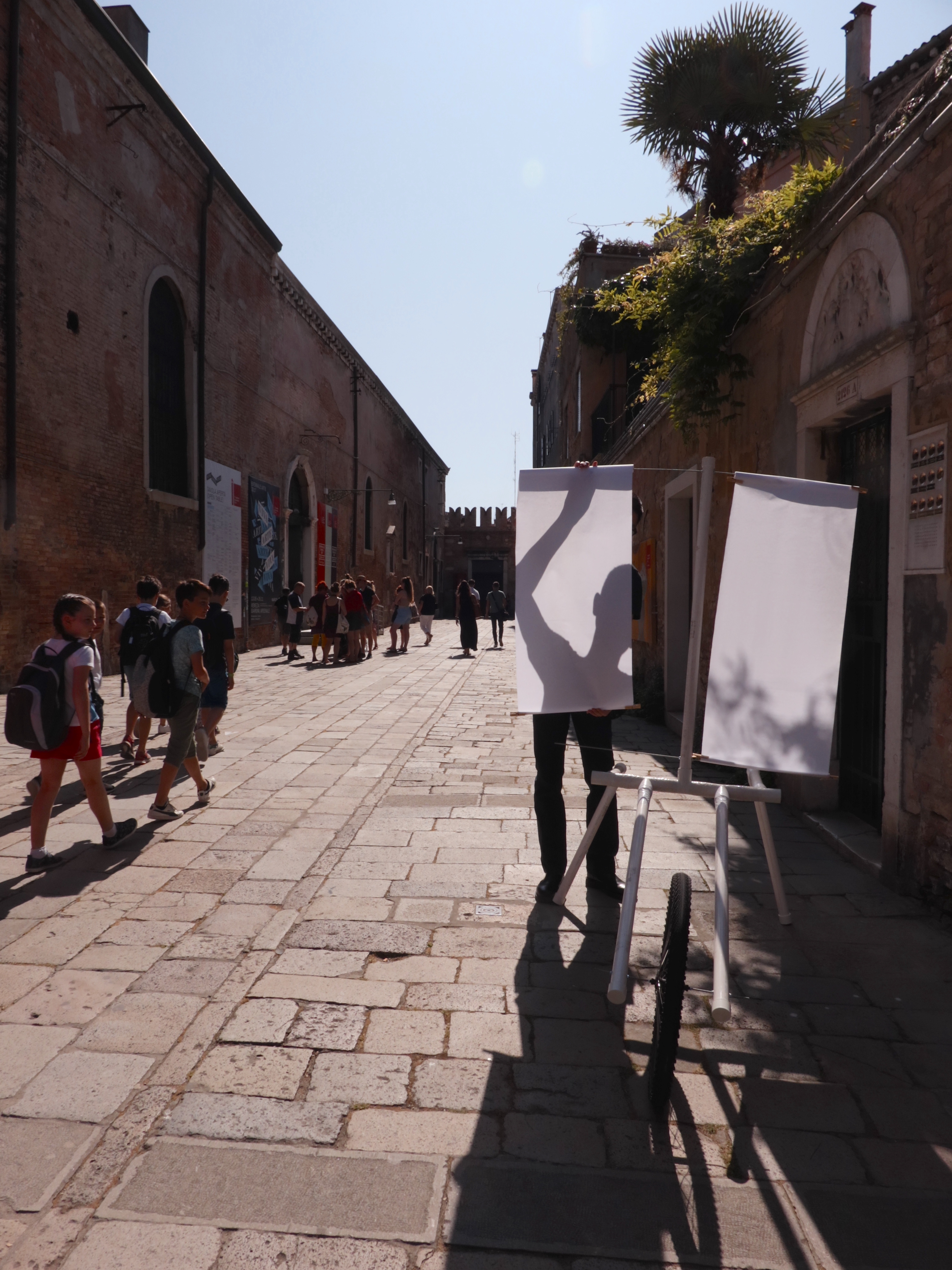 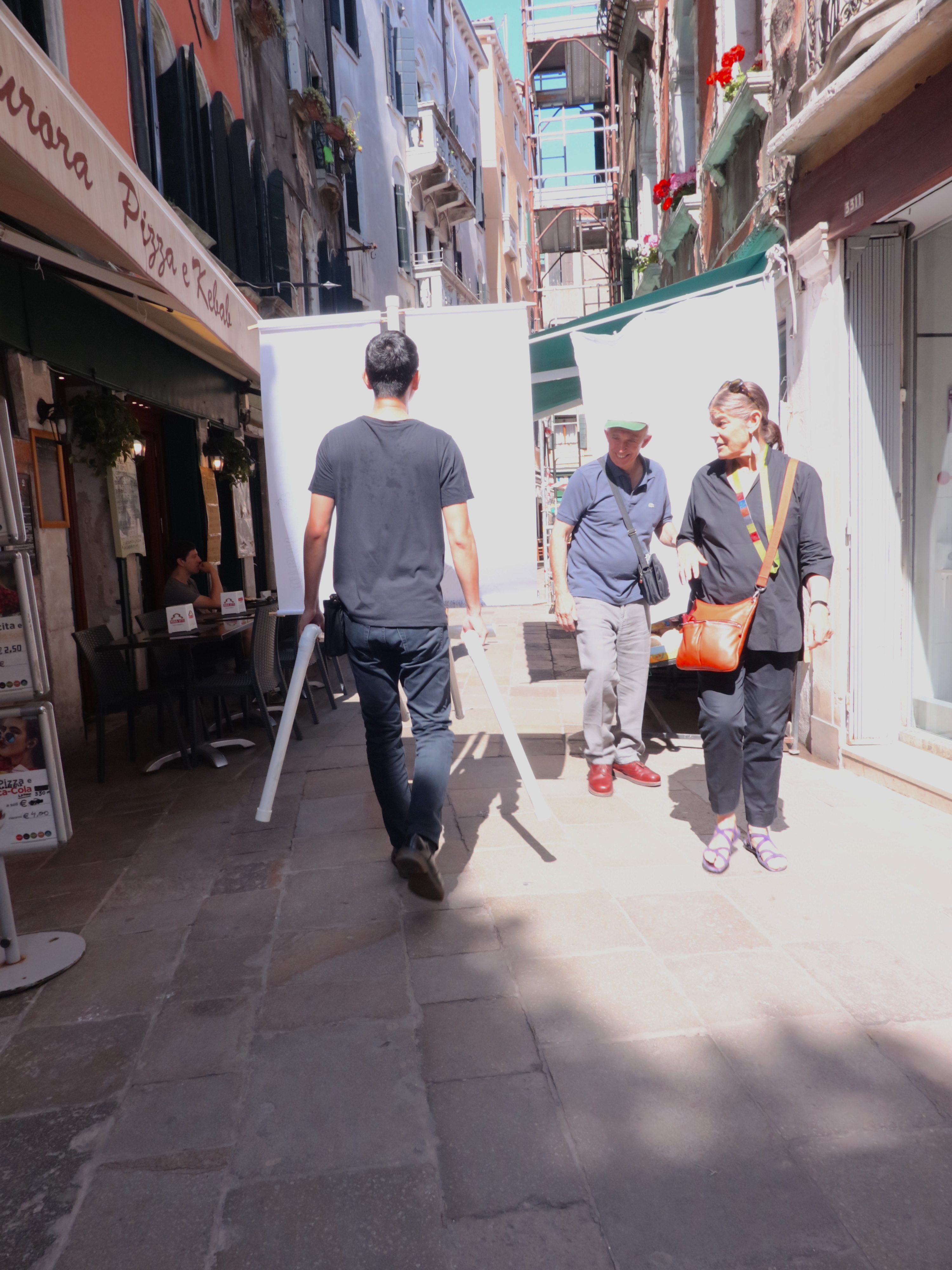