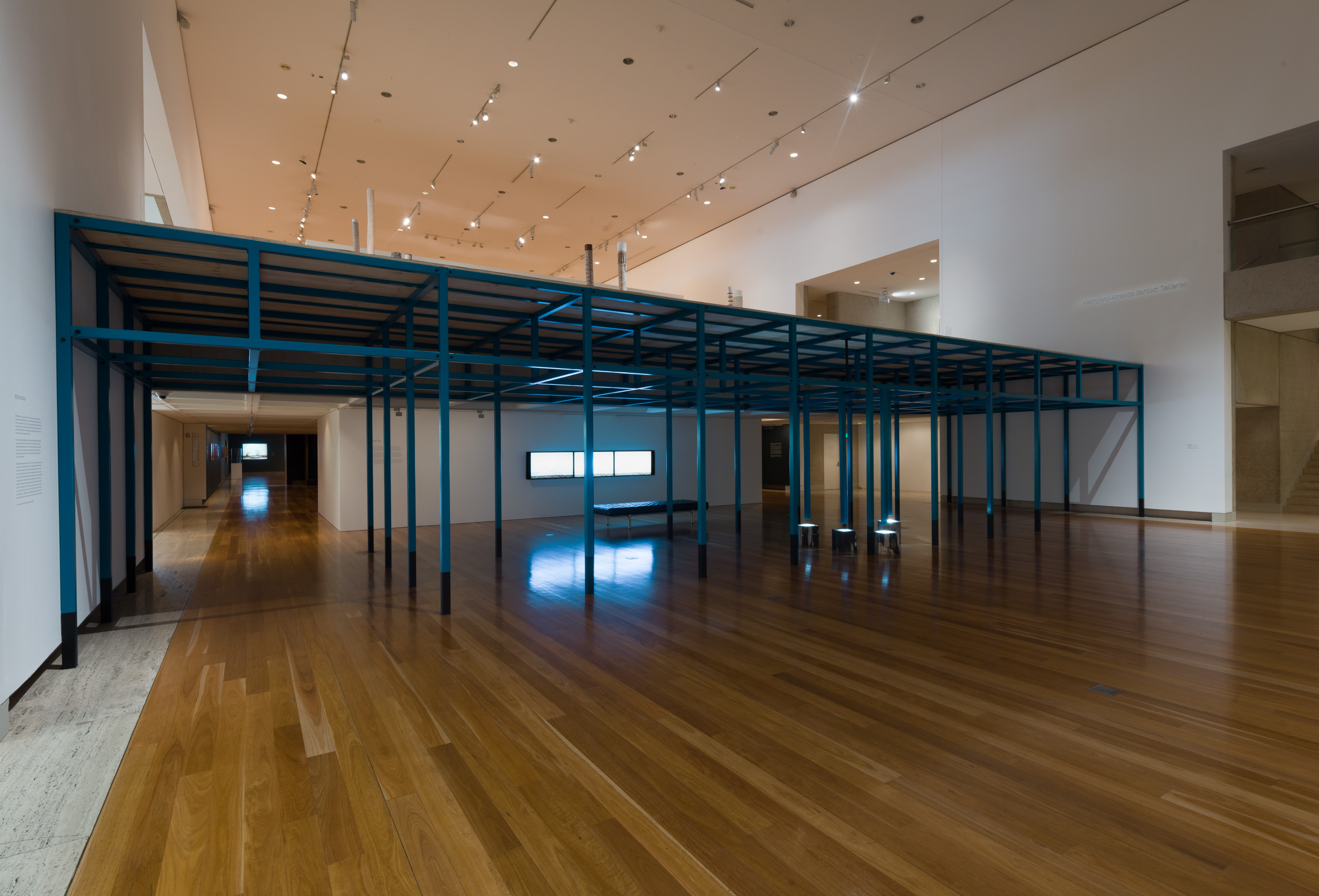 2018-19. The first of a site-specific proto-structure diptych separated by time and space. Co-commissioned by QAGOMA and the Singapore Art Museum. Presented at Asia Pacific Triennial 9 in the Queensland Art Gallery, Brisbane. APT9 Curatorial Manager: Zara Stanhope.

Extending his research in site-specific proto-structures, Black—Hut, Black—Hut is a diptych separated by space and time. The first of the diptych was constructed at the Queensland Art Gallery in 2018, and the second, the National Gallery Singapore in 2019. The work is an architectural correspondence between the Malay house, the Queenslander, the void deck of Singapore’s social housing flats, and the Javanese joglo as Widjaja was drawn to the overlaps between the vernacular air-houses and urban dwelling. Black—Hut, Black—Hut was built in QAG Gallery 5, extending the overhang of Gallery 2.

“I was first drawn to... what I perceived to be a kind of spatial rupture - the ‘space underneath’ splits open two grounds - land and floor - and holds them apart so to speak...the ‘space underneath’ in Black—Hut, Black—Hut wasn’t conceived as empty but rather, it was imagined as a productive space that could potentially be filled with movements, emotions and memories,” Widjaja explained. QAGOMA’s curator Reuben Keehan observed that the elements in the underside of the work that recall Widjaja’s lived experience, “The work’s supporting poles are painted in the same turquoise that features prominently in the architecture of Solo City, including the iconic Surakarta Palace and the fixtures of Widjaja’s childhood house. The four central pillars hover above four blocks of Indonesian petrified wood, paying homage to the way that the structure supports the ceiling of the joglo house. At the centre point of the installation, which Widjaja has carefully aligned with the centre of the room, a column of sound descends from a directional speaker, a digitally treated recording of a Javanese gamelan that can only be heard when the viewer moves into its path. On the upper side of the work, a number of intersection diagonal lines drawn between the corners of the gallery space overlay the cardinal points of the compass.” 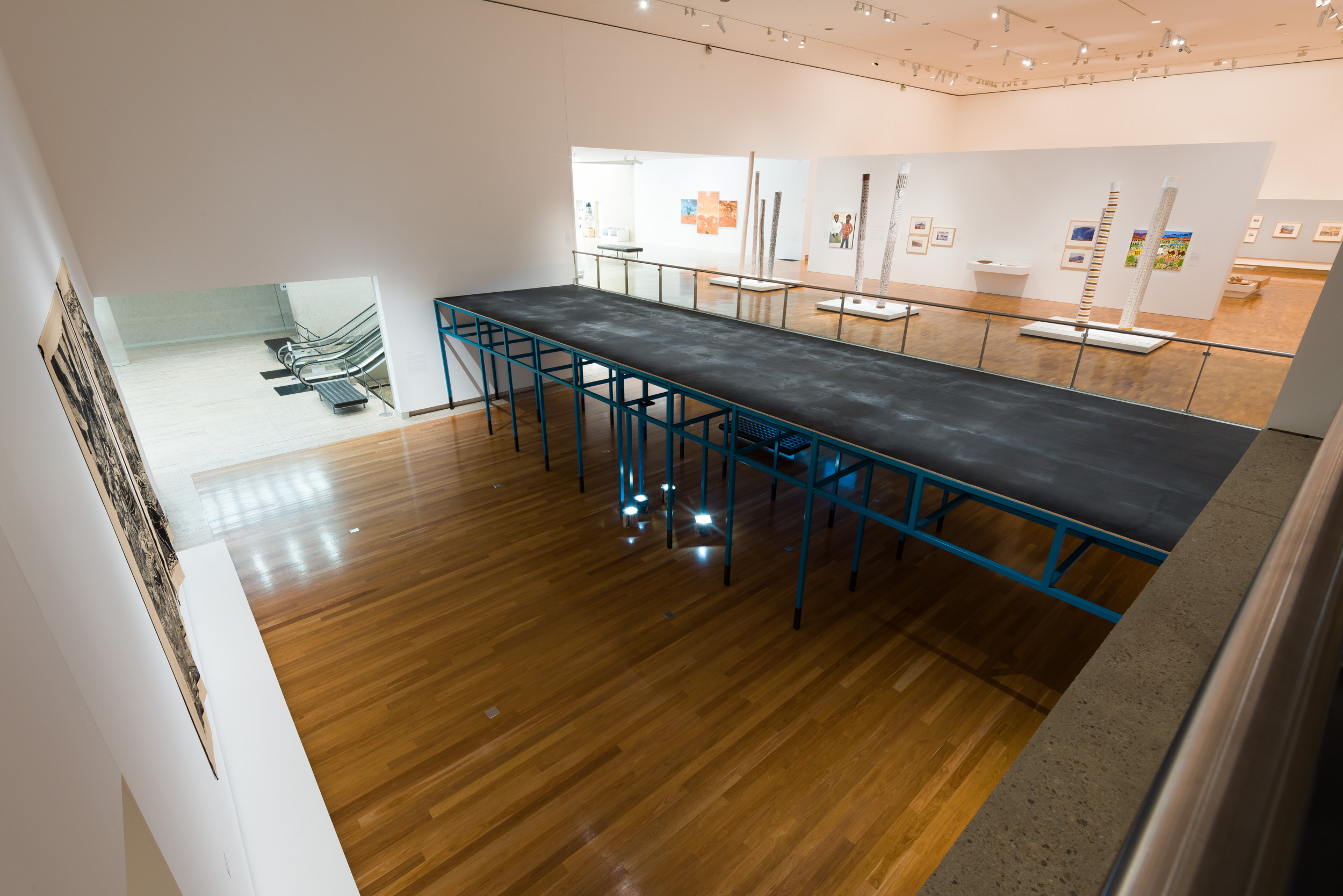 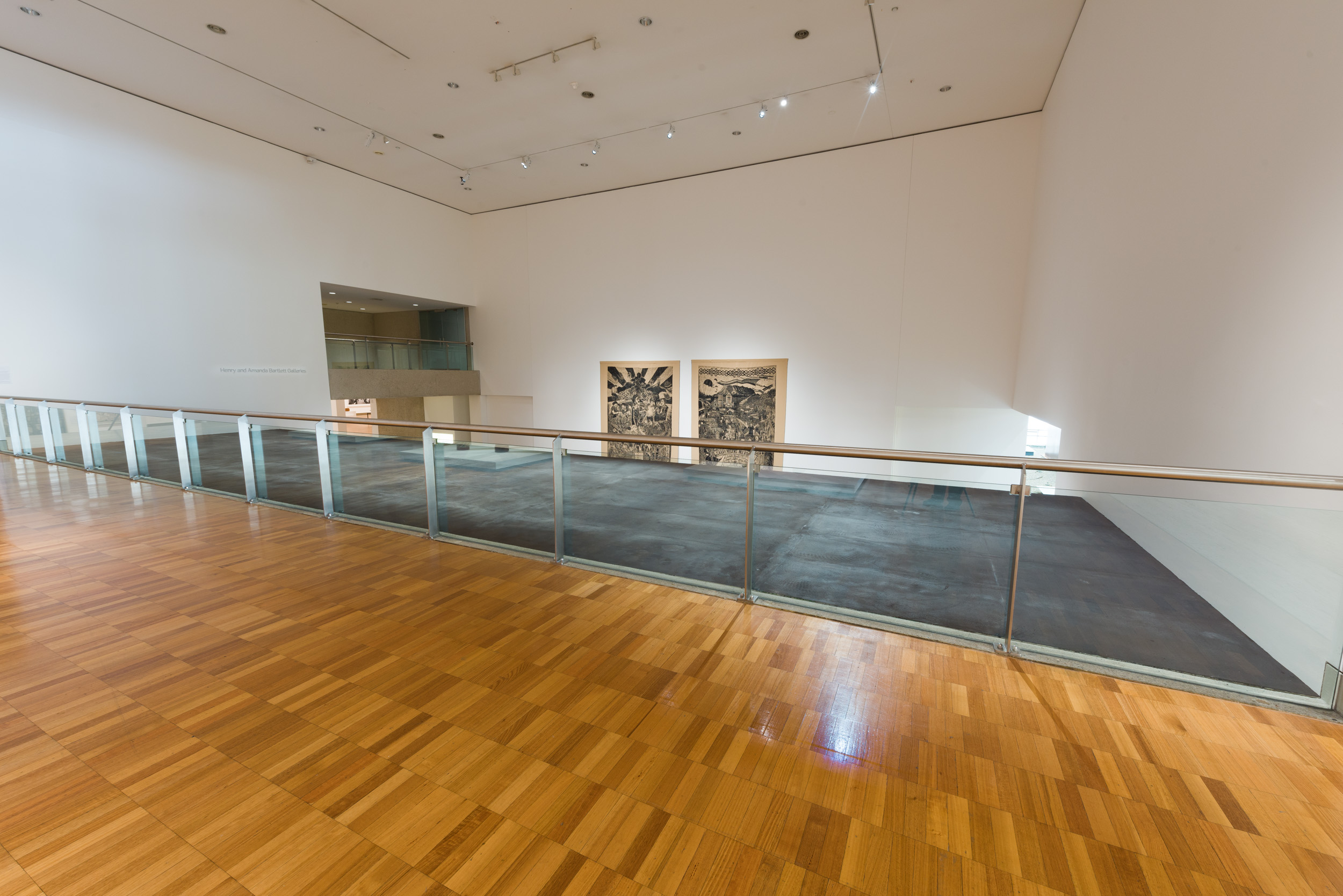 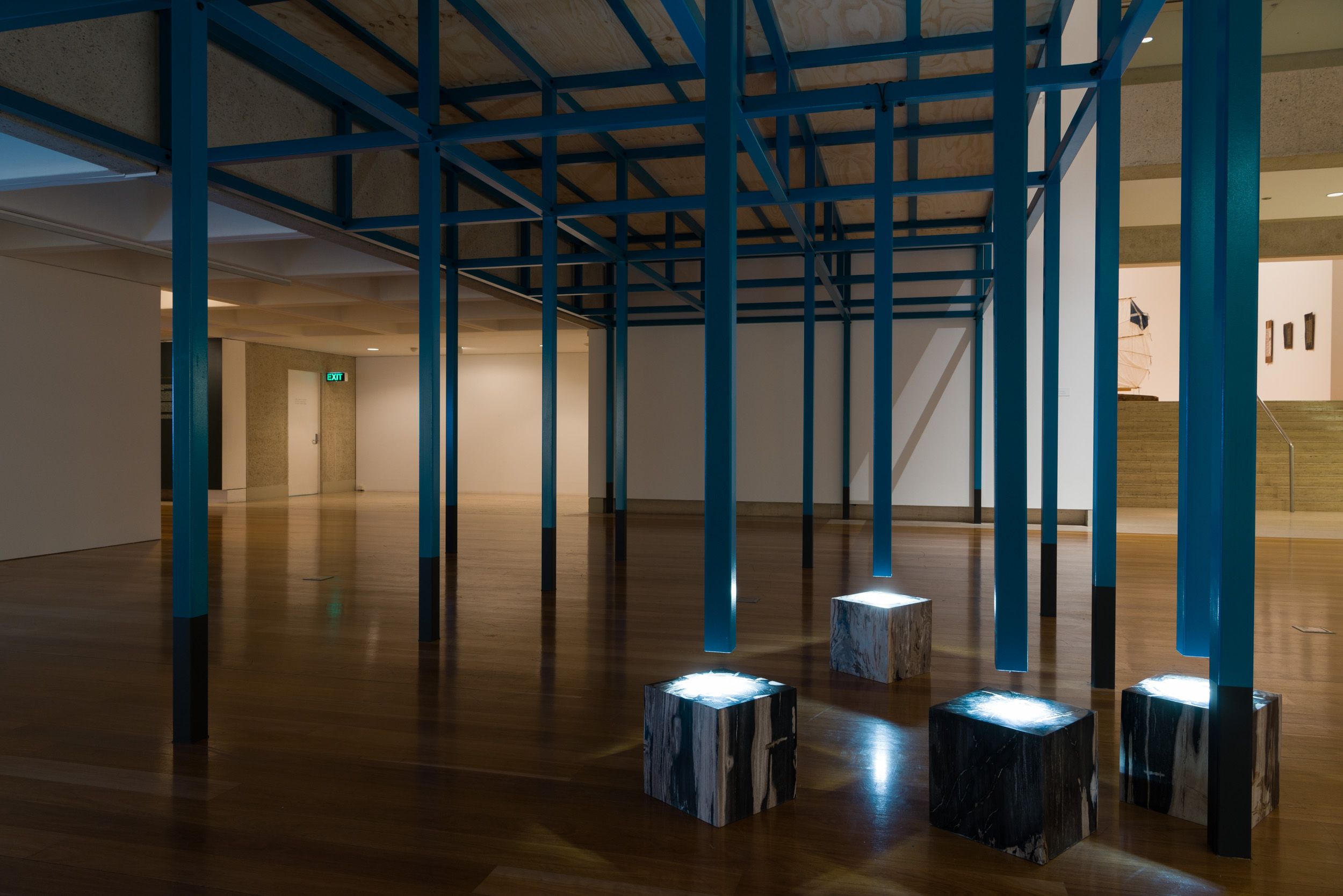